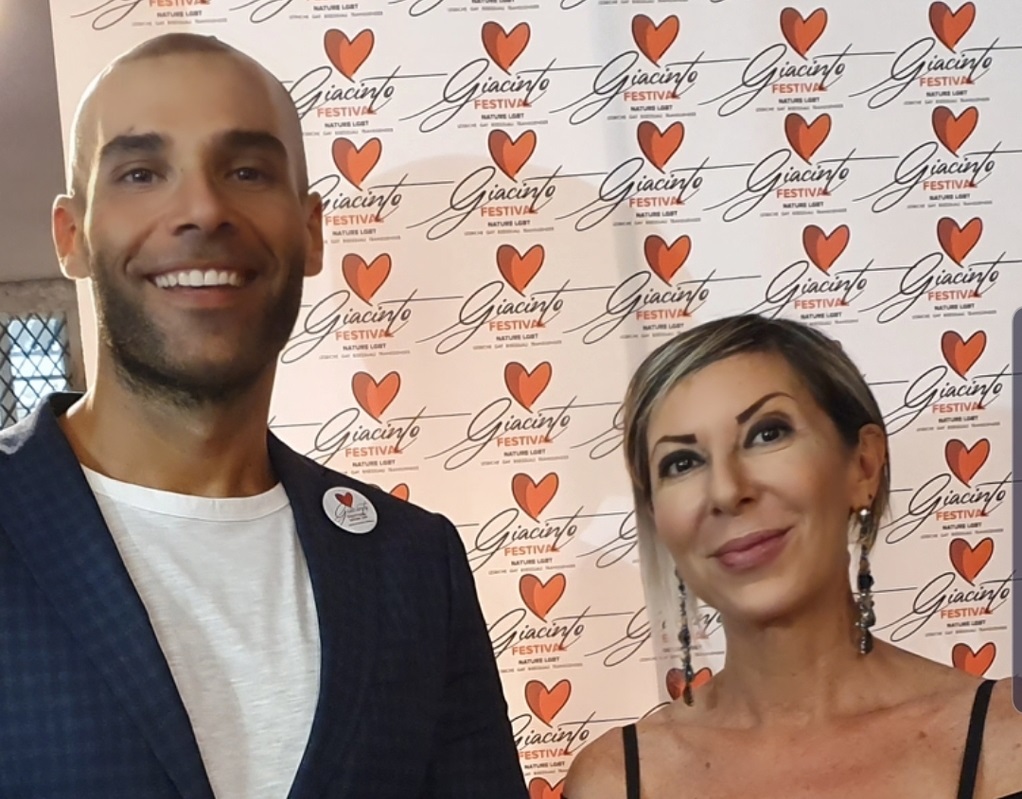 Posted at 08:36h in il coraggio dell'impossibile by Museo
0 Likes

You were a guest at the Giacinto Festival

The 5th edition to be exact, dedicated to information and cultural deepening Lgbt. Artistic director Lugi Tabita is a person whom I admire very much, two days to discover and comment on the homotransexual culture.

A different language that tells the reality and the themes that most interest the community. On the occasion of the 500th anniversary of the Maestro’s death, my speech was about Leonardo’s alleged homosexuality.

So, Leonardo da Vinci was gay?

He was an utopian homosexual. Leonardo was a person of refined taste, honored by beauty.

A choice, also made by Edvard Munch, for example, to stay away from love and eroticism.

Laical austerity is a discipline, a pragmatic detachment from eroticism and companionship.

He detested sexual intercourse, he lived his homosexuality in a very platonic way.

What was the atmosphere in Florence during that time?

Well, in the “400” Florence, it was known throughout Europe for its liberal customs and the widespread of homosexuality, the reputation of the Tuscan citizens was so influenced by this, that even Genoa had a rule, which prevented the hiring of teachers from that region, for fear of putting students’ sexuality at risk.

Was he accused of sodomy?

The Tribunal of Sodomy was created in Florence and a special law enforcement the “Night Officers” which delt and charged crimes related to same-sex relationships. Complaints were often filed anonymously in special boxes that were scattered around the city. One of the most notable victims was him. This experience traumatized him greatly.

Leonardo’s famous painting, The Monalisa, could that be a clue?

The Mona Lisa is androgynous ,“ half man and half woman”, and this is not my idea but declared by the Art Historian, Silvano Vinceti to the English newspaper, The Telegraph.

Silvano Vinceti, argues that it is most likely based on a gay lover of Leonardo da Vinci.

The historian Vinceti believes that the work of art was made based on two models, the wife of a wealthy Florentine Merchant, Lisa Gherardini, and Leonardo da Vinci’s apprentice, Gian Giacomo Caprotti, who was also famously her lover.

A reading, among the texts on the flight of the Raptor of the Atlantic Code, of a strange, remote flash back, a dream that Leonardo remembers in the cradle of the Raptor who opens his mouth with his tail, interpreted by Freud as an open homoerotic inclination.

In the year of Leonardo, exhibitions, conferences, with enthusiasm and superficiality have multiplied, everything has been said and done.

To conclude; Did you also get an idea?

I’m not an expert on Leonardo, but i do read alot and I’m certainly never unprepared. My work has given me a great opportunity to apprehend one of the greatest Geniuses of history.

I can confirm with absolute certainty, that the faces of this extraordinary character and his life are an odyssey. Dyslexic, illiterate, eccentric, bipolar, are just some of the aspects that I live every day and tell the visitors who come to see the museum. My personal idea and understanding is that he lived a serene, fulfilling sexlife, away from all prejudice and as a free man.

He was a very brave man not only for his scientific observations but also for his lifestyle, he expressed his sexuality without any problems.