Posted at 11:49h in il coraggio dell'impossibile by Museo
0 Likes 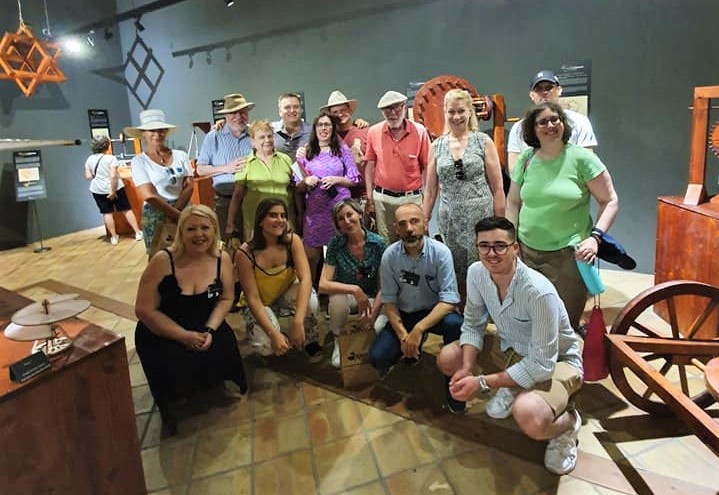 Strolling, one evening along the pier at the Syracuse Marina, my gaze falls upon a moored yacht. In addition to it’s magnificence, what captures my attention is its name “Archimedes”. The yacht, flying the Bermuda flag, the pride of reading the name of the Syracuse’s scientist on that boat, fills me with joy.

A few days later, I am contacted for a guided tour of the Museum, I discover that the visitor will be James Harrison Simons, an American mathematician and entrepreneur. A leading figure in academics and international finance. I research and find out that it’s the yacht moored, the same one I saw that night, the Archimedes, it is Simon’s, who at present is among the 50 richest men on the planet!!!! I take it as a sign from heaven!!!!!!! An element that lets me perceive the importance, with pride, of my beautiful museum.

The next day, James Harrison Simons, and all his staff, are within the rooms of the Leonardo da Vinci and Archimedes Museum. Simons was a professor of mathematics at Stony Brook University, and his curiosity first dwells on Leonardo’s machines, attracted to the studies of flight, then, with the same interest, examines Archimedes’ devices and insights.

The first part of this journey was conducted by one of the academic excellences that make up my scientific committee; journalist, documentary filmmaker, writer Dr Prospero Dente. As an avid scholar of Archimedes, he has given several lectures with the team at the Walters Arts Museum in Baltimore, who worked on the restoration of Palinsesto C .During the visit our guests had the opportunity to view some anastatic copies of piero della Francesca’s manuscript and Luca Pacioli’s Manuscript; the De Divina Proportione, to conclude the tour, a viewing of a reproduction of Leonardo da Vinci’s notebook, carefully exhibited by our second guide.

Lastly, Rachel a graduate in modern and classical literature at the Department of Humanistic Science, University of Catania, takes the floor and introduces and highlights the common traits between Archimedes and Leonardo; whose collective bond is authenticated by the studies carried out by Professor Carlo Pedretti, who in 2015 corroborates and formalizes this museum, and demonstrates the cognitive bond between the two scientists.

Simons and his entourage are enthisiastic!!!!!

They remain for a few more moments at the museum, a couple of photos and many compliments, close the day.

But the surprises for us are not over yet!!!!Simon thanks us and wants to reciprocate, inviting us to visit his boat 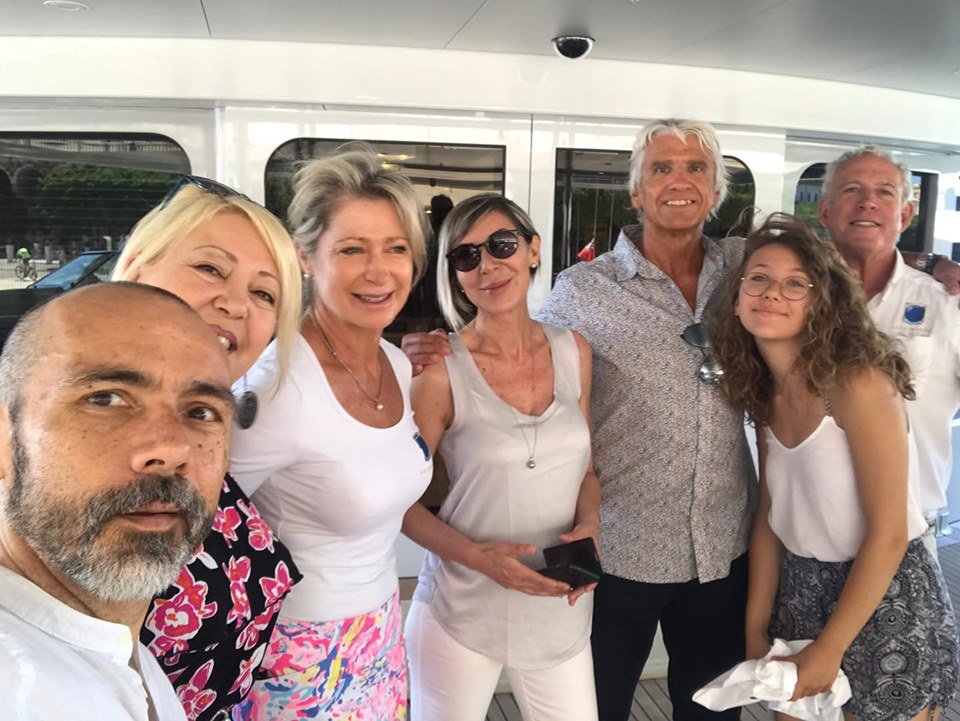 The next day all my staff, board the magnificent “Archimedes”, where the manager Victoria and Commander Chris, explain, with great fondness and professionalism, the details of this prestigious boat. We are on the yatch of one of the greatest entrepreneurs of finance, who pays tribute to Archimedes and his native city; an unforegetable morning that comes to an end in one of the bars at the Marina!!!

Give me a lever and I’ll shall lift the world, I exclaim, as I open a bottle of prosecco… Good job everyone, Cin!!!! And everyone laughs.

We will keep Simon and his team forever in our hearts.

Unforgettable people, we are sure to soon see again in our Syracuse.