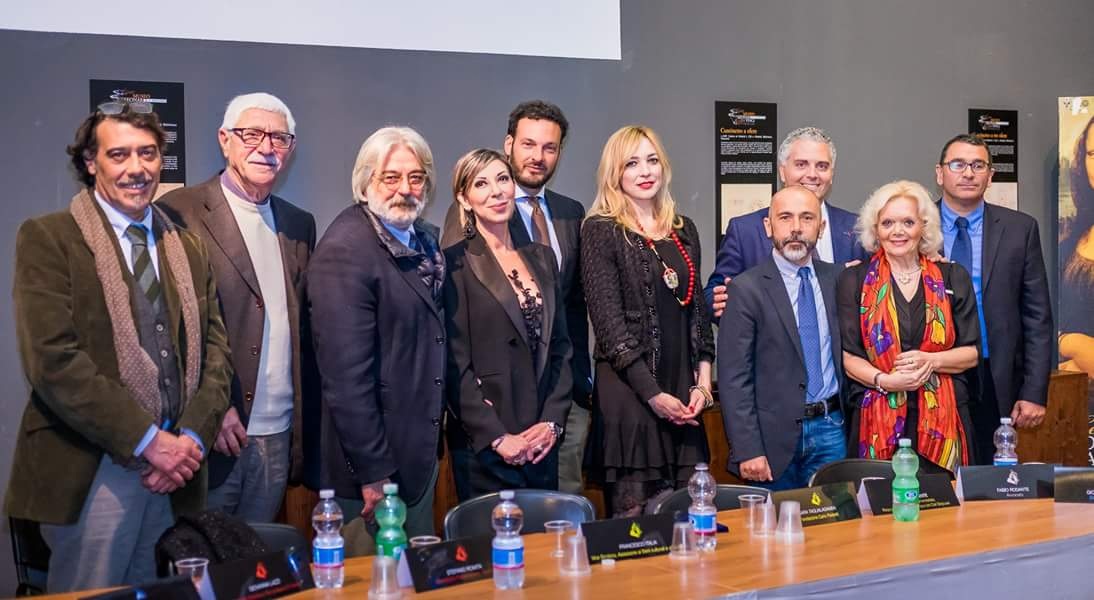 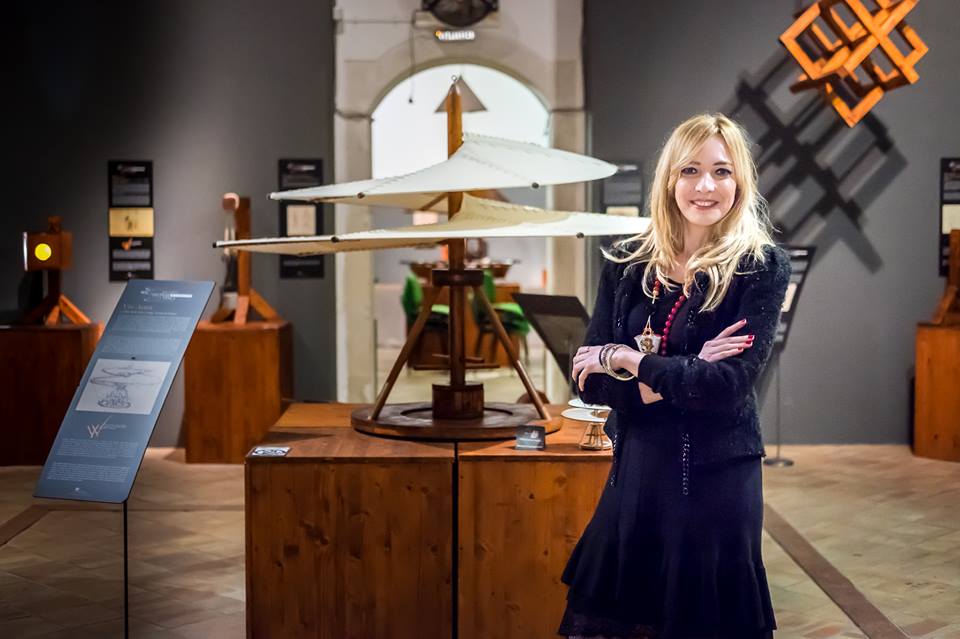 From her Thesis to a PhD and post Doctoral studies and the publication of books, Sara Taglialagamba has always dedicated herself to the studies of Leonardo da Vinci. Her passion, which has earned her numerous scholarships and awards in Italy and abroad, including, the award given by Nasa as one of the most important discoveries of 2010 and received the Tech-Fest in Mumbai in India.

In 2003 she was chosen to be the Assistant to Professor Carlo Pedretti, (Professor Emeritus, Ucla in Los Angeles), who recently past away and worked with on various projects both in Europe and in the United States. Presently employed at l’Ecole Pratique des Hautes Etudes, Sorbonne, Paris, and has just received the position of researcher at the Museum of science in Florence and will be a visiting Professor at UCLA in Los Angeles in the fall. She also collaborates with artisans and skilled builders of Leonardo, Gabriele Niccolai and engineer Joseph Manisco. With Carlo Pedretti she has published the last volumes of the National Edition of Leonardo’s drawings published by Giunti and Treccani. 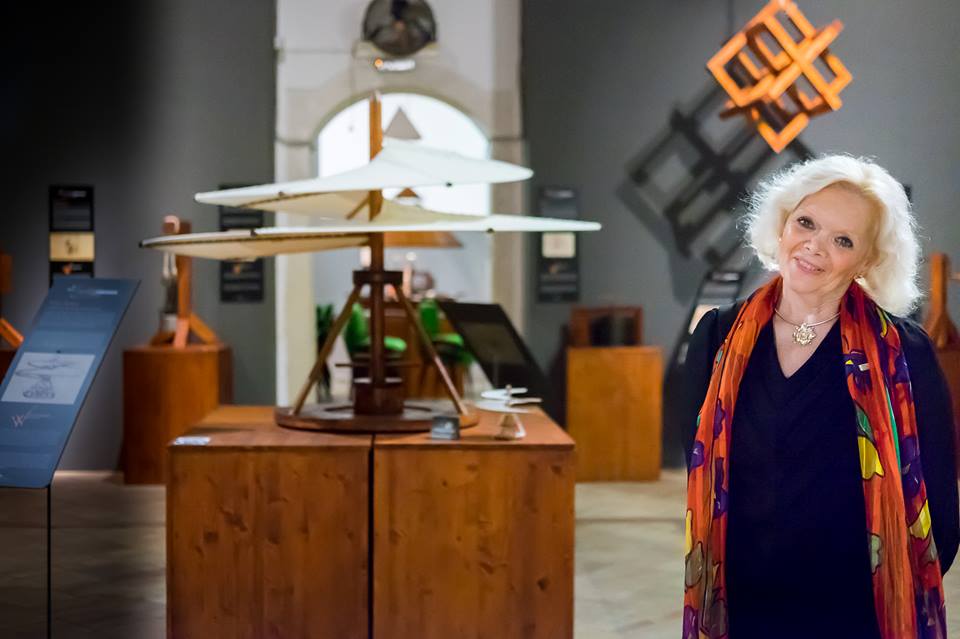 Giovanna Lazzi. Graduated in philosophy and then in art history at the University of Florence, Giovanna Lazzi worked in the department of manuscripts at the National Library in Florence, where she specialized in the cataloguing of manuscripts in particular illuminated manuscripts. She held the position of Director at the Riccardiana Library from April 1996 to 2015. She has participated at numerous conferences both as an orator and as a spokesperson on behalf of the library in Italy and abroad.As curator of the National Library, she has organized numerous exhibitions, conferences and study days. She is a member of several comittees, including but not limited to, the Commission Board of Index’s and Catalogues, the Society of Miniature History as well as of the Scientific Committee of the Buonarroti House. She has participated in various television broadcasts, a segment called “Radici” for the program “Linea Verde”. She has also held various teaching assignments including the University of Cassino (Master in Cultural Heritage), cataloguer curator at the Riccardiana Library from 1996 as well as the editing of many facsimile manuscripts. She continues her scientific work as a consultant and participates at conferences. 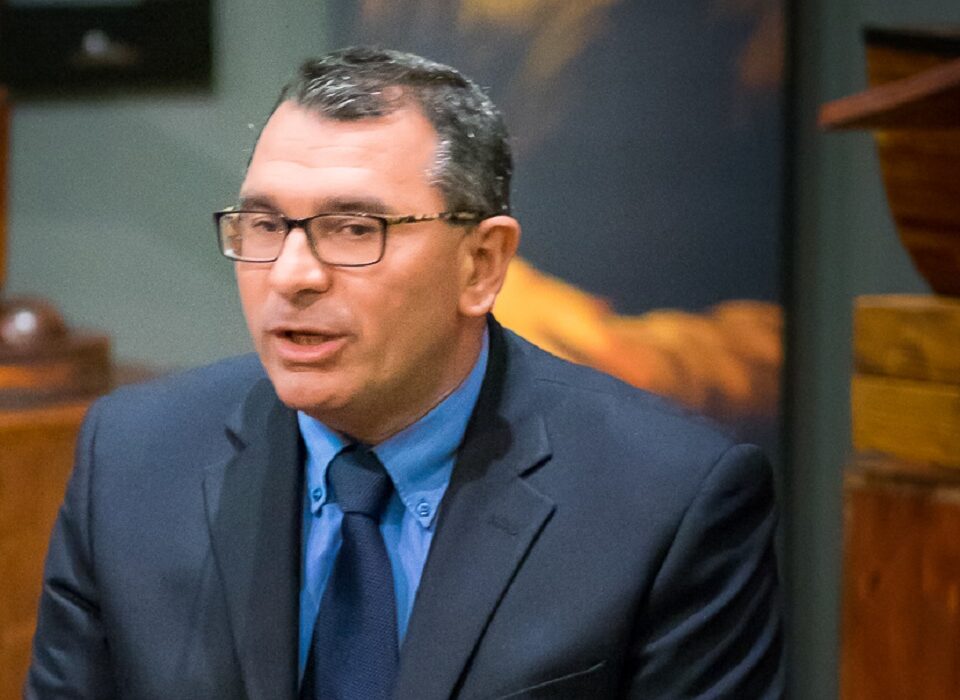 Giovanbattista Aloi. Born in Reggio Calabria but lives and has always worked in Syracuse where, having graduated in economics, he works as an Accountant and Auditor. He first developed his skills in an apprenticeship and post attainment entered several pretigious consultant firms and international companies in Milan, where he gained experience in various fields of the profession ,he thus applied this experience to his firm, which was established over 20 years ago, their scope of work includes auditing of accounts and Auditors; the development of important skills in the field of European and National funding; consultant and assistance in tax litigation in favour of clients of the firm; he holds a teaching position in local schools of Syracuse in business marketing, corporate management and job creation and business start-up.

He has always been very active at social levels, having been a member of Italian Red Cross rescue volunteers, for a ten year period; several years as a volunteer in the food banks of local parishes and is a member of the Lions Club Syracuse. 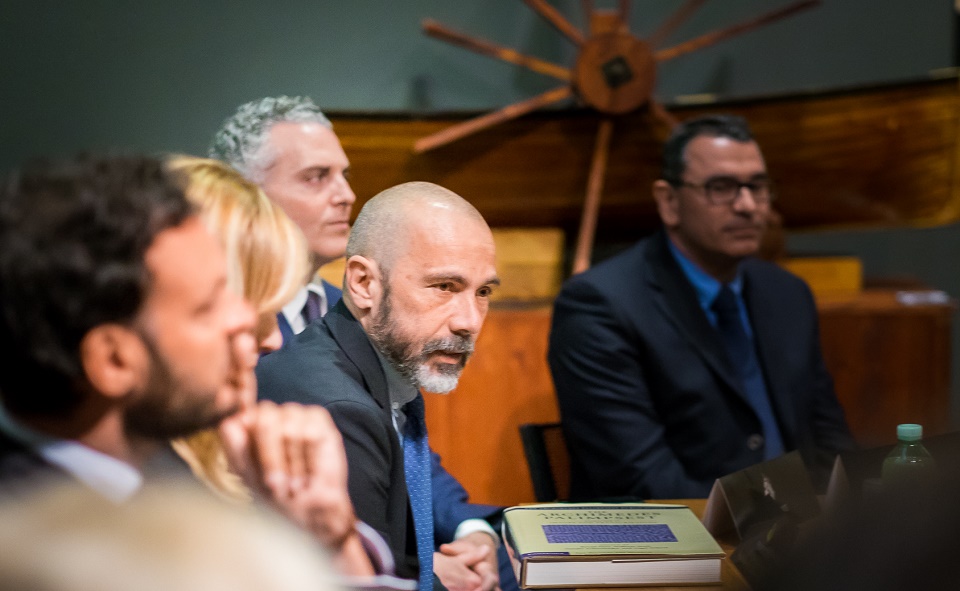 Prospero Dente.  Journalist, documentary filmmaker and writer, lives in Syracuse. Lover of this city, he is an avid scholar of Archimedes. Through a series of researches, reports and professional experiences, he has succeeded in creating a network of international contacts with scholars, mathematicians, historians and physicists, who have come into “contact” with Archimedean studies. To his credit the exposition of Piero della Francesca’s manuscript located at the Riccardiana Library in Florence, the presentation of a play using the students of the “Paolo Grassi” school of Milan, conferences with the équipe from the Walters Art Museum Baltimore who have worked on the restoration of the Palimpsest C. 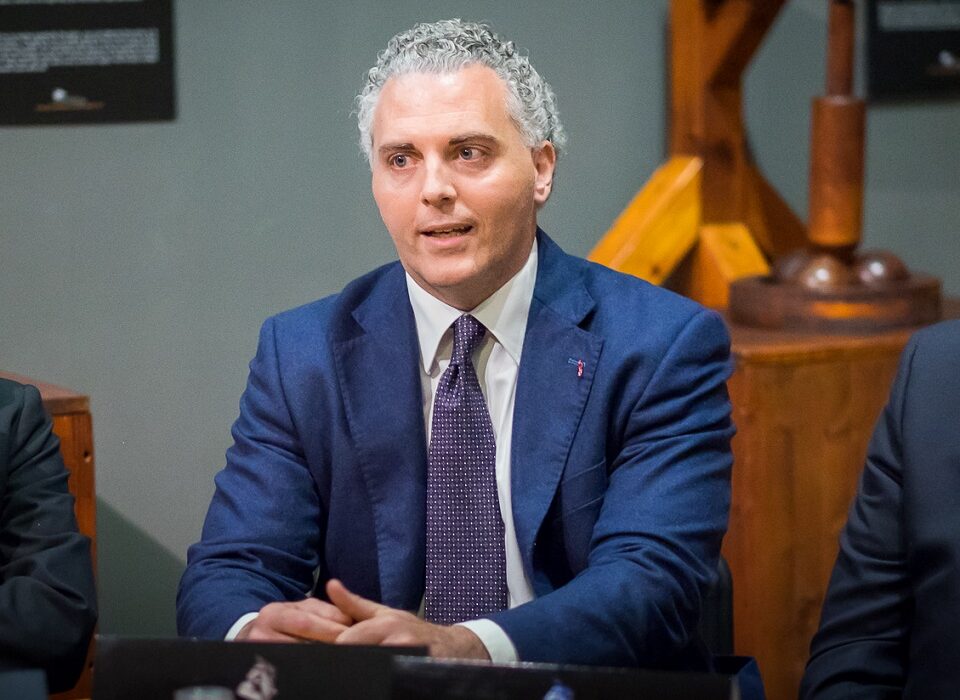 Fabio Rodante. An attorney of law, member of the Advocates Bar of Syracuse. Very active in politics, he has also held institutional roles. A passion for art and theater, he has promoted and organized public and private cultural and artistic events. A quality manager, sustainer and promoter of fundraising and awareness campaigns in the private and public sector. Promoter of environmental policies and new mediation for service ability in cultural sites, meeting the needs of visitors with disabilities. 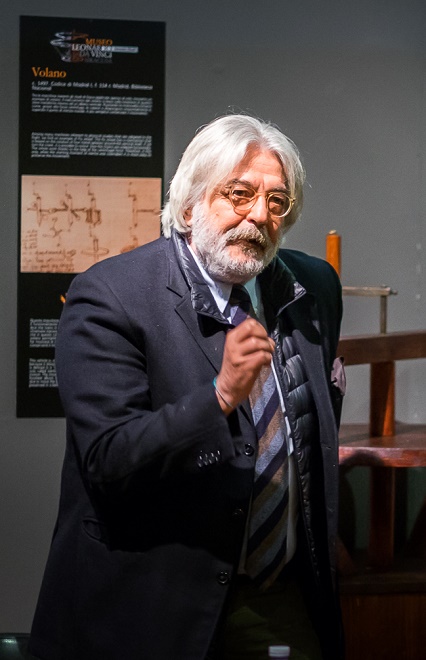 Stefano Romita. Parliamentary reporter and writer, editor of the daily newspaper Il Romanista. He has worked in several of the most important Italian Media Corporations, from newspapers such as Il Mattino, Il Corriere della Sera, Arena di Verona and weekly publications of l’Europeo, Epoca, Il Mondo and has also collaborated with major television networks, Rai 3, Rai 2, Channel 4, 5, La7, Stream and Sky. He has published three political essays and a novel, “The Inhabitants of Berderry.” 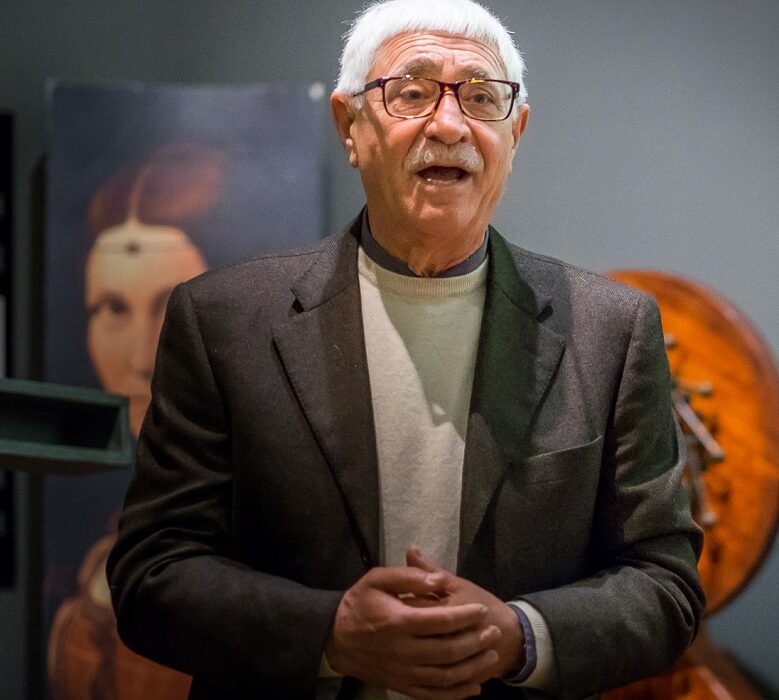 Giuseppe Rosano. Devoted his whole professional life to tourism. His background is notable for his success in taking leadership roles in major national and international hotel chains. He has received several awards for his professional stamina, including the Excellence Award, which is reserved to the representatives of the tourism industry, the Sihelé Prize for entrepreneurship and Knight of the Italian Republic. As an entrepreneur he created the Hotel company, Framon Hotels.

In recent years he has done various consulting activities, nationally and internationally on the implementation and management of projects in business organization. Business work plans, marketing, product analysis, development of marketing plan, action plan and global communication projects. He has never regretted the impulsive choice he made to return to Syracuse in order to give his hometown the knowledge and experience he gained in the field of tourism, congressional activities and in the exhibition sector. With careful assessment he took the reponsability to contribute to the development of Syracuse’s tourism. Giuseppe Rosano, holds the position of the President of Noi Albergatori in Syracuse since 2013, the year of its foundation. 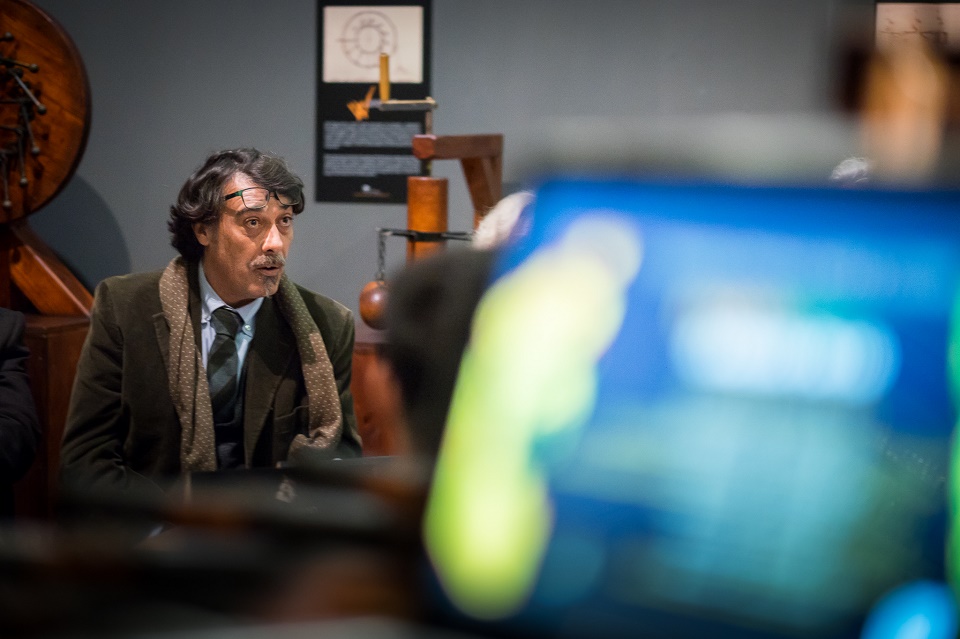 Gastone Saletnich.  After earning a degree in Literature at the University of Rome La Sapienza with a specializzation in Mideavil History, he obtained his degree in Archival Science at the Secret Archives school of the Vatican, where he collaborated with them for several years.

He is the author of several articles with the magazine of Treccani “Atlas” and the Biografic Dictionary of the Italians. He also worked as a Historical Consultant for two editions at the Turin book fair. 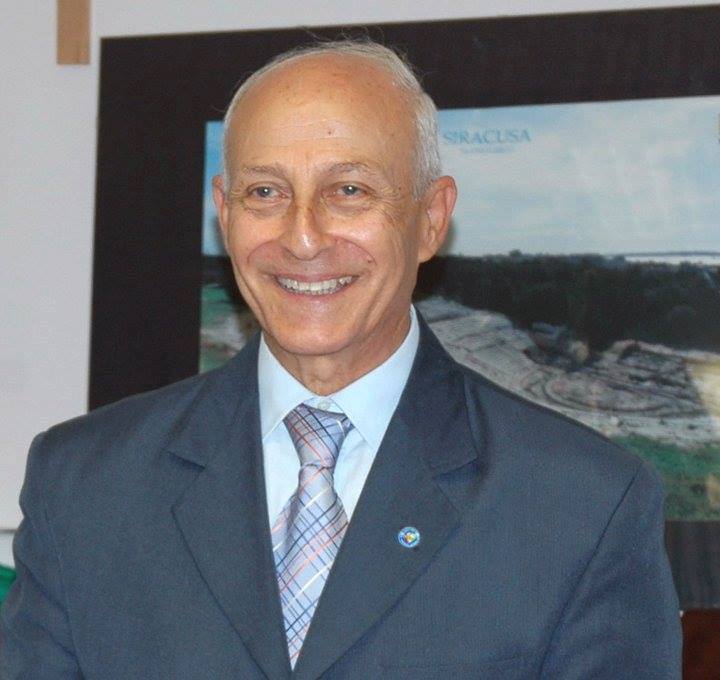 He was also responsible for training the school staff as well as being the Provincial Coordinator for physical education and sport at the School Council of Syracuse.

He is the author of narrative texts of historical-ethno-anthropological. He was bestowed a knighthood by the Italian Republic for his contribution to public education, finalist in the International Literary Contest “Salvatore Quasimodo” Honorable mention at Premio Sicily – the Paladin. Currently he is a Director of the Foundation Unesco-Sicily 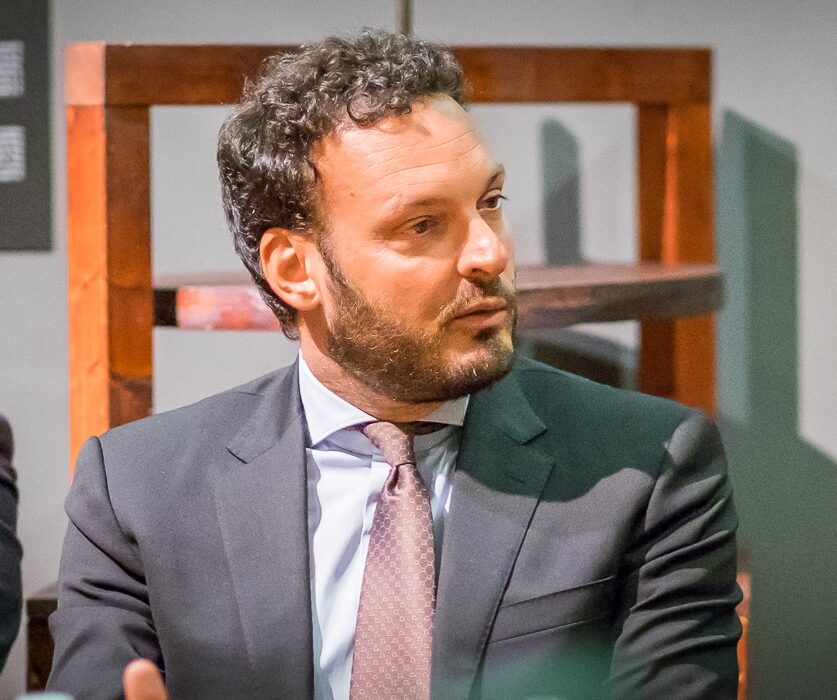 Presentation of the 2018 scientific committee

Presentation of the 2017 scientific committee